Skip to content
Posted on 24th April 2020 by Sanjay Mistry 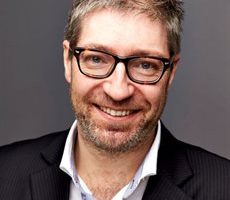 In a ‘normal’ recession the economy slows down gradually as confidence wanes. Not this time. So as to stop the spread of Coronavirus and prevent our healthcare system being overwhelmed, the government has enforced a lockdown. In so doing it has deliberately slammed the brakes on economic interactions so as to prevent physical interactions between people.

The UK economy has thus come screeching to a sudden stop. Whilst GDP figures are not yet available, the latest figures from the Purchasing Managers’ Index (PMI) show that manufacturing and services industries are experiencing the biggest slump ever recorded, and one deliberately engineered to save lives.

The speed and depth of the economic downturn are staggering. The Office for Budget Responsibility (OBR) suggests a 35% contraction in GDP but then a rapid bounce back, in a ‘V’ shaped recession and recovery.

Other economists like Gertjan Vlieghe (who sits on the Bank of England’s Monetary Policy Committee) have also forecast a rapid bounce back too, in a ‘ V’-shaped recovery. I hope this is right, but fear that it isn’t guaranteed unless policy works (more on this below).

On the scale and speed of the downturn, data firm IHS Markit has just released its April PMI measures. These track activity across the services and manufacturing sectors. A PMI figure above 50 indicates an expansion of business activity and below 50 a contraction. During the financial crisis in 2008 the composite PMI measure fell to 38.1. This week the composite PMI collapsed, hitting 12.9, the lowest reading in two decades of records.

The services PMI slumped to 12.3 (from 34.5 in March – already a very low figure) and the manufacturing PMI fell to 16.6 (from 43.9 in March). The latest CBI quarterly survey of manufacturers charted a similar collapse, and said that nearly a half of manufacturers surveyed expected output to be limited by shortages of materials or components, a figure on a par with the mid 1970s.

European economies are witnessing similar slowdowns, with the Eurozone composite PMI falling to 13.5 in April. This was another historic low, down from a previous record low of 29.7 in March, reflecting lockdowns across the EU.

IHS Markit suggest that the PMI data is consistent with the UK economy contracting by 7% this quarter. But bear in mind that these PMI measures may actually underestimate the actual decline in business activity taking place as they exclude many self-employed people who have been badly impacted by the lockdown, as well as retail activity, much of which has shut down. The real economic decline could be greater.

Meanwhile some 1.4 million people have signed on for Universal Credit, and the cost of the government’s interventions to keep capacity and jobs in place was indicated by the government’s borrowing requirement rising to £180bn over the next three months.

The Office for Budget Responsibility sees borrowing rising to some £273bn this year, or 14% of GDP. That would be the biggest budget deficit in peacetime. It’s the right thing to do.

The Bank of England policymaker Gertjan Vlieghe has warned that the UK could be suffering its worst economic shock for several centuries: “based on the early indicators, and based on the experience in other countries that were hit somewhat earlier than the UK, it seems that we are experiencing an economic contraction that is faster and deeper than anything we have seen in the past century, or possibly several centuries”.

This economic shock is also ‘highly asymmetric’, he noted, with some sectors much more badly hit than others. The latest PMI figures showed financial services much less badly impacted than car manufacturing for example.

That in turn will likely have a marked spatial impact, with KPMG forecasting that the West Midlands will be badly affected, with car plants and the auto supply chain shut down, while London would be least affected (for example with more use of home working).

So what we can see is the downward movement of the economy has been rapid and severe. But remember that it needs to be so as to limit social interaction and save lives.

The issue is that a swift economic bounce back and V-shape recovery isn’t guaranteed. That depends on the government’s well intentioned interventions like the job retention scheme and business interruption loan fund working effectively to make sure that most capacity and jobs are kept in place.

And here there is a real danger of businesses running out of cash and failing, leaving a more deeply entrenched downturn that is difficult to exit, with a ‘U’ or even ‘L’ shaped recession.

Some extent of the damage being experienced by business has been revealed in work by the Enterprise Research Centre which found that some 21,000 more businesses collapsed in March than the same month a year ago, which represented a 70% rise. The number of new companies also fell by 23 per cent.

The UK economy was anyway stalling amidst Brexit uncertainty even before the Coronavirus hit and there will be lags in data on firms being dissolved, but the March figures nevertheless made for grim reading. Mark Hart, Deputy Director of the ERC was reported in the FT as stating that “something is going very badly wrong in the economy.”

If there is serious damage in terms of firms going bust and jobs being lost then a V shaped recession and recovery will be much more difficult to achieve. All of which raises some big questions as to whether the government interventions are doing the job or whether a scarring effect is already happening,

A big issue is over how quickly business support, such as the Coronavirus Business Interruption Loan scheme (CBILS) is getting through to business and whether the banking system – bailed out in the financial crisis – is working in the way we want it to. The figures don’t look good so far.

Some £2.8bn has been lent under CBILS so far to 16,624 firms. That’s small beer compared to Switzerland where banks issued some $15 billion of SME loans within the first week of a new loan scheme.

Here in the UK around half of the £2.8bn was lent in the last week so there has been some progress after the government was forced to revise the scheme to try to get more money out of the door. Yet there have been 36,000 applications so many firms still seem unable to access support. The speed, volume of lending and number of firms helped is deeply worrying.

On this the Federation of Small Businesses (FSB) Chairman Mike Cherry makes a number of telling points:

“The average value of a CBILS loan stands at more than £170,000… The small shops, restaurants, gyms, manufacturers and mechanics at the heart of our communities are not seeking loans of anywhere near this size.

“The Government should up its guarantee on emergency loans with values under £30,000 from 80% to 100%. That, combined with the streamlined application process that should be in place for facilities of this size, should help to get more cash to the small firms that really need it. We appreciate that many banks need to make backroom adjustments to facilitate commercial loans worth under £25,000 due to the Consumer Credit Act. It’s important that these adjustments are made swiftly.

“We continue to hear from small firms that made enquiries when this scheme launched but have still been unable to make an application because of unresponsive customer service teams. For those that have made an application, the process is very slow.

The data, compiled by the bankers’ body UK Finance, is not broken down, but one wonders how many very small borrowers have actually been helped? For smaller borrowers the government might offer 100% loan guarantees as the FSB calls for (in line with policy in Germany).

And for very small borrowers seeking £5,000 or £10,000 then as Nils Pratley notes, the Treasury might be better advised to by-pass the banks and offer grants so as to get the cash out more quickly.

The key point here is that the lockdown and economic downturn is for a very good reason; saving lives. Ending the lockdown too early brings all sorts of economic risks in terms of a second wave of illness affecting workers and output, and in denting confidence as Jonathan Portes has rightly pointed out.

Meanwhile, getting through the lockdown with minimal economic damage means making sure that business support schemes work effectively so as to avoid lasting economic damage or scarring. And on that further work is needed by the government to especially help smaller businesses through the crisis.

By David Bailey, Senior Fellow at The UK in a Changing Europe and Professor of Business Economics at Birmingham Business School.