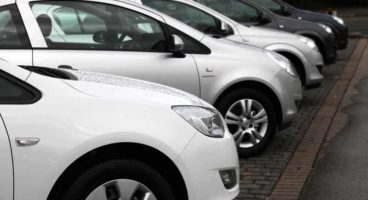 Held at the Swindon offices of fleet management specialist Arval, the meeting took a look at developments in hydrogen technology, availability of cars and likely sales. The town is the centre of the UK’s largest hydrogen trial for vehicles, business and homes.

Jon Hunt, manager, Toyota and Lexus fleet marketing, said: “In the case of a hydrogen fuel cell vehicle, the traditional residual value model no longer applies as unlike combustion engine or battery power trains the fuel cell does not wear out, extending the life and value of a vehicle with relatively low cost cosmetic refurbishment.

“As the vehicle also has all the advantages of quick refuelling and zero emissions, it is the most convenient and future proof technology available.”

Glenn Sturley, chair at the VRA, which represents organisations that process 1.5 million cars for remarketing every year, added that the meeting had shown members that, while some years from market as a viable choice, hydrogen cars offered a whole range of advantages.

“There are two main factors that need to be resolved – vehicle pricing and a fuelling infrastructure. Clearly, these will not be overcome in the short term but it is not unlikely that we could see hydrogen start to make a general push onto the market within a few years.”

Toyota Mirai hydrogen cars were available for VRA members to try and the general impressions reported were favourable.

Glenn said: “These are cars that offer the drivability of an EV but can be fuelled as quickly as a petrol or diesel car, plus have zero emissions at the point of use and can potentially be powered by localised generation. Their advantages are obvious.”