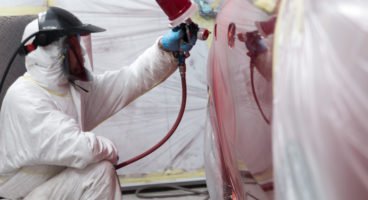 An increasing shortage of good quality stock in the used car sector means that there is a growing emphasis being placed on vehicle preparation for sale, says the Vehicle Remarketing Association.

The organisation, which represents businesses that between them handle, sell, inspect, transport or manage more than 1.5 million used vehicles every year, believes this will be one of the key trends of the second half of 2019.

VRA chair Sam Watkins explained: “While there is a quite a lot of stock in the market, comparatively little of it is of the highest ‘retail ready’ quality and can be put on sale with minimum preparation.

“This is something that has become increasingly apparent over recent months. It is also likely to become more of a factor because it is being exacerbated by the fact that fleets – probably still the main source of good stock – are hanging on to cars for longer thanks to ongoing confusion over vehicle taxation and generally lower economic confidence.

“The outcome is that many used car retailers are increasingly having to buy stock that is of a lower quality than they would like and then spend time and money bringing it up to standard. This puts resources under pressure and creates quite a lot of additional work.”

The issue was being further complicated by the fact that one of the ways that dealers have been reacting to under-pressure margins is to turn stock over more quickly, she added, with research showing that about a third of dealers were reporting lower margins than a year ago.

“Generally, our members have been reporting higher stock turnover as a reaction to decreasing unit profitability. This makes the issue of having to prepare vehicles for sale more thoroughly much more of a pressing issue.

“Also, exacerbating the problem is the fact that an increasing number of cars are being fitted with items that are not easy to repair quickly, such as diamond-cut alloy wheels or a variety of ADAS systems.”

One effect, Sam said, was that preparation companies of all kinds were coming under pressure from used car retailers to process cars faster and at a lower cost.

“We are hearing reports that everyone from valeting providers to SMART repairers are being asked to turn vehicles around more quickly so that they can be retailed and, so far, the remarketing industry seems to be rising to that challenge.

“It does very much underline the key role that vehicle preparation services play when it comes to supporting used car retailer strategies – and this situation is likely to become even more acute over coming months.”