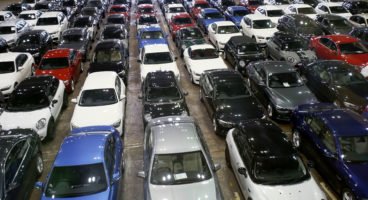 Diesel is likely to remain a crucial part of the motor trade’s fuel mix for the foreseeable future and the motor industry should “remain calm” over its future values, says the Vehicle Remarketing Association.

The trade organisation – which represents companies that are involved in remarketing more than 1.5 million vehicles every year – says that there is every reason to expect that the values of most diesels will stay relatively stable.

Glenn Sturley, chair at the VRA, said: “There is a lot of noise going on around diesel which is causing some people to speculate on an unexpected decline in demand but, we believe, the picture is much more complex and less worrying.

“The main point to bear in mind is that there is no such thing as a single ‘diesel’ car – instead there is a whole range of Euro 4, Euro 5 and Euro 6 models, and the prospects for each of them are very different.

“At one extreme, Euro 4 vehicles are much more likely to be affected by clean air legislation and their values could fall quickly but most of these cars are now quite old and probably in ‘banger’ territory.

“At the other, Euro 6 vehicles meet the latest emissions regulations and, however you measure them, are highly unlikely to be hit by any new rules and regulations. These are newer vehicles and there is no concrete reason buyers won’t want them.”

So far, impacts on diesel values had been limited, Glenn said, although the VRA was monitoring the situation closely.

“So far, our members are reporting a slight fall in trade values for newer diesels against forecasts but this has not really fed through into the retail market. This shows how all the noise surrounding diesel is only having a limited material value.

“The fact is that car buying habits usually take years to gain momentum and also take years to fall away. There are many, many people who see themselves as diesel buyers, and they will not just change overnight.

“There may be some specific instances that have a localised effect, such as where different cities introduce clean air tariffs that affect diesels over the next couple of years, but these are only likely to hit the oldest models.”

Glenn added that newer diesel cars were, in fact, following a largely predictable depreciation curve and that it was because petrol had performed better than expected in some market sectors that it could look as though diesel was falling away.

“The latest generation of petrol engines are very strong in terms of emissions and driveability and, as a result, they are enjoying better than expected residual values, largely because they are around in quite small numbers.”

In the medium-long term, Glenn said, the VRA expected to see a gradual readjustment in diesel values as it became part of a wider spread of fuels available on the used car market.

“Our view is that we are moving to a situation where there will be a portfolio of fuels where EVs, different kinds of hybrids, petrols and diesels will all be around in quite large numbers. Buyers will become more conversant with the advantages of each.

“However, reaching that point will take some time and, while the media is doing its best to present diesel as untouchable in many cases, newer diesel cars remain a sound new and used buy in emissions, cost and value terms. Their values should remain stable.”