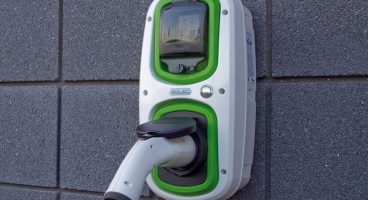 Poor availability of charging facilities on a local basis is hampering the ability of dealers to retail both new and used electric vehicles (EVs) to “a surprisingly large degree,” the Vehicle Remarketing Association (VRA) is reporting.

Philip Nothard, VRA chair, said that the issue appeared to be especially the case in areas where consumers rarely had off-road parking and so could not have their own charger fitted at home.

He explained: “When it comes to EV adoption, there is a direct link between easy availability of charging and the overall likelihood that consumers will make the switch to electrification.

“These are decisions that tend to be made on a local basis. Motorists can see whether chargers in their area are around in large numbers and make an assessment about how easy it is likely to be to use an EV.

“In places where most homes have drives, the problem is much less acute because people will tend to have their own charger fitted but in other locations – especially cities – where apartments and terraced houses are the norm, it is a genuine issue.

“While many dealers now have a much-enlarged customer footprint thanks to digital retailing, most will still make the majority of their sales to customers within a radius of a few miles. If you are trying to sell new and used EVs in places where there are few visible chargers, it is proving to be an issue to a perhaps surprisingly large degree.”

Philip said that the remarketing sector was carefully monitoring government plans to increase the charging infrastructure across the UK for this reason.

“It does very much create a chicken and egg situation. Unless there are a lot of EVs sold in an area, there is no demand for charging but unless there is a lot of visible charging, there is reduced demand for EV sales.

“Really, it means that some dealers are finding themselves in a position where they are waiting for national and local government, and charging providers, to install off-road charging on a widespread basis before they can seriously look at retailing EVs.

“We don’t see any other solution to this problem and, with increasing numbers of EVs starting to appear in the new and used markets, it does create an issue. The process of electrification of the vehicle parc across the country may well turn out to be relatively patchy for some time to come.”