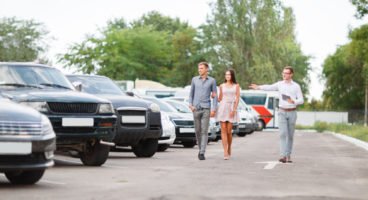 Philip Nothard, chair, said that the last few years had taught at least some manufacturers that there were greater profits to be made from reducing supply and keeping new vehicle prices high.

“For decades, car manufacturing has been a volume business, not just for mainstream manufacturers but for prestige and even luxury brands, too. Building more was seen as the best way to make money.

“However, when supply was cut substantially during the pandemic, many car makers found that they were able to make equivalent or greater profits despite selling fewer units. Reduced volumes meant that they could keep prices higher.

“For at least some, this is now becoming a future strategy. While they do not want to strangle supply to current levels, with waiting lists of 12 months or longer for a new car, they do not want to return to the kinds of production levels seen pre-Covid.”

Philip said that these strategies were likely to have a significant impact on the used car sector, changing the availability of stock in the longer term.

“Obviously, new car supply acts as the funnel to the used car market and if manufacturers reduce volumes permanently, used car supply will be affected.

“We’re already in a position where reduced numbers of cars in the market have pushed up prices and values to record levels but there has been an assumption that the situation will ease over times and return to some kind of normality.

“However, it’s perhaps looking less and less likely that this will happen. Yes, production will certainly rise but probably only to a level where the average new car delivery time is perhaps six months. A return to anything resembling pre-pandemic volumes seems unlikely, as far as we can tell.

“Really, the only unknown variable in this situation is whether other parties will move into the space vacated by manufacturers who are reducing volume and take their place. These could be car makers who have an existing presence or new entrants from China and elsewhere. It’s going to be an interesting few years.”

Philip said that the subject was discussed in detail by speakers at this year’s VRA Annual General Meeting, which was held last week.

“The remarketing sector is facing a number of challenges and reduced volumes are certainly one of them. It’s probably only now that it is becoming clear how much volumes are reducing and what the long-terms situation will look like.”