Skip to content
Posted on 20th June 2018 by Sanjay Mistry 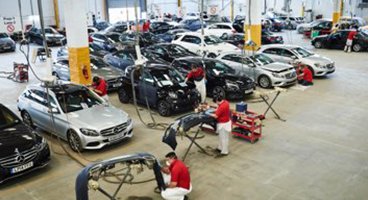 The used car market should prepare for a potential oversupply of petrol cars in the medium term, says the Vehicle Remarketing Association.

The trade body, which represents organisations involved in the sale of 1.5 million used cars every year, says that while there has been a relatively sudden and marked move towards petrol in the new car sector, there is little sign of demand for used diesels falling.

Glenn Sturley, VRA chair, said: “We have seen a dramatic shift away from diesel in favour of petrol in the new car market in a very short space of time.

“However, this has not been reflected in anything like the same way in the used market. While there have been some relatively small price shifts that have seen used petrol car prices increasing, there has been no real sign of any reduction in demand for diesel.

“Diesels continue to provide key advantages over petrol for used car buyers, ranging from fuel economy to the fact they are capable of much higher mileages. They remain arguably the more attractive used car purchase for many people.”

Glenn explained that there would be a corresponding, sudden influx of larger numbers of petrol cars into the used sector in the medium term but that there might not be sufficient demand to maintain values at current levels.

“At some point in the next 12-24 months, we will see petrol cars arriving on the used market in much higher numbers. Volumes for petrol supply in the last few years on some model ranges have been sub-10% of total numbers and tis figure could easily triple.

“What is largely unknown is the extent to which used car buyers will decide to buy petrol over diesel when given that option. Certainly, there is no sign that the environmental concerns that have reshaped the new car market will similarly impact on the used sector.

“It wouldn’t be surprising for a situation to develop where petrol moves quite quickly into oversupply, with there being a reduction against current prices. In fact, what may well happen in the medium term is that there is some kind of petrol-diesel parity.

“However, we are dealing with a situation that remains quite dynamic and there are also further factors such as the larger numbers of hybrids arriving on the used market. We, and our members, are monitoring developments very closely.

“Certainly, we are not envisaging any form of fall in diesel values unless factors such as increasing taxes or low emissions zones suddenly become the norm, other than perhaps in the older, genuinely more polluting vehicles of Euro 4 and below.”