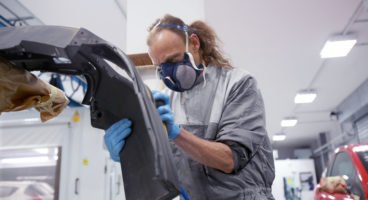 This week’s temporary closure of Honda’s Swindon plant because of parts shortages could be the “tip of the iceberg” for new car supply issues in 2021, the Vehicle Remarketing Association is warning.

Chair Philip Nothard said that the problem, believed to be caused by poor availability of semiconductors, was potentially a sign of things to come from all manufacturers.

He said: “Car manufacturing is based on incredibly complex and geographically diverse supply chains all clicking perfectly into place at the right time. Any disruption to those processes can bring the production line grinding to a halt.

“Several manufacturers worldwide, certainly not just Honda, are reportedly having issues with semiconductor supply as a knock-on effect of the pandemic but our concern is that this is just the tip of the iceberg.

“While there is new car stock in the pipeline, there is a strong argument that we are only now really starting to see the impact of the coronavirus crisis on supply and it could be that we will see a range of other problems throughout the year.

“The positive effects of vaccination programmes globally will probably not be felt until the second half of the year and there is potential for all kinds of lockdown disruptions across the world to affect car making.

Philip added that, for UK manufacturers, the situation was complicated by Brexit and the bedding in of new import and export arrangements that were being constructed almost on the fly.

“We’re obviously very pleased to see some form of trade deal in place, it is much preferable to no deal, but the whole thing was very last minute and many of the practicalities are being sorted out in real time, which is not ideal. Everyone is aware of issues with queues at major ports and shortages of shipping containers.

“Again, this could have an impact on new car supply and again, the situation will probably only become apparent over the course of the year.”

Philip added that reductions of new car sales of these kinds tended to have a knock-on effect on the remarketing sector in years to come.

“This is unlikely to affect the used car market in the short term but it does certainly mean that there will be fewer vehicles available in the future. On top of vastly reduced new car sales in 2020, another quiet year in 2021 would mean a dramatic fall in availability within the used sector in the future.

“Normally, this will lead to a rise in values and general difficulties with traders and consumers getting hold of the vehicles they want at the prices they are willing to pay. Market disruption of this kind is very undesirable.”