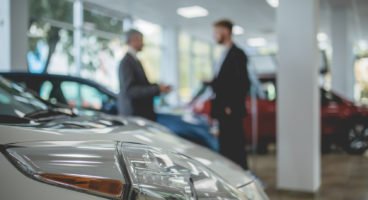 Pre-registrations are returning to the new car market in a noticeable manner, members of the Vehicle Remarketing Association were told at the organisation’s July member meeting.

Speakers Mike Jones, chair of ASE Global and Rupert Pontin, insight director at Cazana, both indicated in their presentations that late-month registration activity was increasing.

Mike said: “There is little question that pre-regs are back. Over the last few years, that kind of activity had declined in a fairly dramatic fashion, especially with the shortages of some models that followed WLTP.

“However, that has changed. There is now a lot of registration activity going on towards the end of each month. It’s yet another sign of the difficulties surrounding the new car market.”

Rupert added: “Pre-regs are really an indication of production overcapacity and disorderly marketing, both factors that have become part of the new car market in the last year or so. It is not surprising to see their return at this point.”

Later in 2019, he said, it was likely that the problem would become more acute as there was a race to dispose of non-RDE2 cars. New models must be compliant from January 2020 and all cars from January 2021.

“While there is still a little time before RDE2 becomes compulsory across the board, models meeting the standard are going to start appearing in larger numbers quite soon and manufacturers will want to move on the old stock.

“Simply because of the new car sales fall over the last 18 months or so, coupled with stockpiling because of Brexit, there is a lot of unsold metal around. The temptation to pre-register is very high and perhaps irresistible.”

Sam Watkins, chair at the VRA, which represents businesses that handle, sell, inspect, transport or manage more than 1.5 million used vehicles every year, said that the return of pre-registrations were understandable.

“Pre-registering is a safety valve for a new car sector that is suffering from a combination of negative factors, from Brexit through to the decline of diesel. However, it does bring a degree of uncertainty to the used sector, especially surrounding nearly-new residual values. We expect it to be a subject that grows in importance for our members into 2020.”