Skip to content
Posted on 4th October 2018 by Sanjay Mistry 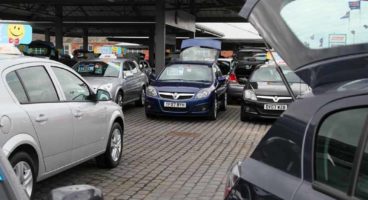 Trade prices for good quality used cars have reached a level where it is almost impossible for many dealers to make a profit on the windscreen price and they are instead relying on returns from their F&I department, says the Vehicle Remarketing Association.

The organisation says that demand in the used sector for almost all kinds of stock is at levels that makes buying at what dealers would consider sensible prices extremely difficult.

Glenn Sturley, chair at the VRA, said: “If you gather two or more motor trade people in one room at the moment, the talk is inevitably about the level of trade pricing. I’ve been in the industry since the 1960s and I can recall few moments like this when demand was driving prices so close to retail levels.

“Of course, this is good news if you are disposing of vehicles but bad news if you are buying and it is prompting dealers to shift the emphasis when it comes to realising profits, with many putting a lot more effort into F&I, as well as a push on warranties, service plans and more.

“Certainly, many people who have bought a used car in the last few months will probably have noticed a very strong emphasis on making them aware of the advantages of buying a large range of finance, insurance and add-on products from the dealer.”

Glenn said that the situation was also bringing about a number of other notable effects across the industry.

“Perhaps predictably, we are hearing that there is increased demand for grade 2 and 3 cars from buyers who, in the past, would only consider grade 1 vehicles, a shift that is being driven largely by necessity because of shortages of the best stock and high prices.

“Also, there are reports of increased footfall at physical auctions, signifying a slight reverse in the move towards online that has been underway for many years. People are, to some degree, desperate for the right stock and are having to spend more time actively pursuing it.”

Glenn said that the VRA expected the situation to persist at least until the first quarter of 2019.

“Given the backdrop of Brexit, predicting the future is a difficult game at the moment but consumer confidence remains very resilient and we do not believe there will be a softening of trade values until at least the end of Q1 of next year.

“As a result, we expect to see dealers continue to work hard at finding other ways of extracting profit from the sales process over the next few months.”