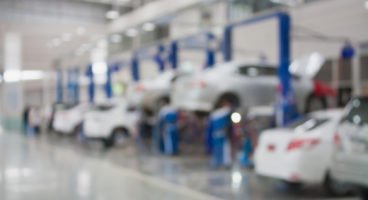 A new, safety sub-committee is to be formed by the Vehicle Remarketing Association to look at safety issues in the remarketing sector, with a special emphasis on auctions.

The move has been prompted by an increase in interest in the subject among VRA members, especially following recent deaths at auctions in the US.

Sam Watkins, deputy chair at the VRA, said: “We had a presentation from American auction safety consultants International Vehicle Services at our last monthly meeting and it prompted a lot of discussion.

“They reported on a recent incident in Boston where five people were killed after a driver lost control of a car and drove into dealers during a sale. This is just one of a number of fatal incidents seen there over the last few years.

“Now, US auctions do tend to have a different physical layout to the our own but there is no denying that the potential for accidents at auctions is very high and that small incidents happen on a daily basis, with buyers wandering around looking at phones and so on.

“What we want to do is take consultations from across the industry and share best practice as widely as possible. It would be complacent in the extreme to assume that the kind of accidents that they have seen in the US simply couldn’t happen here.”

The VRA represents remarketing organisations which between them handle, sell, inspect, transport or manage more than 1.5 million used vehicles every year.

Sam continued: “While the overall track record of safety in the UK remarketing sector is good, our view is that it can always be improved and that is why we are planning to take this subject and run with it. The VRA is in a unique position to promote this issue.”